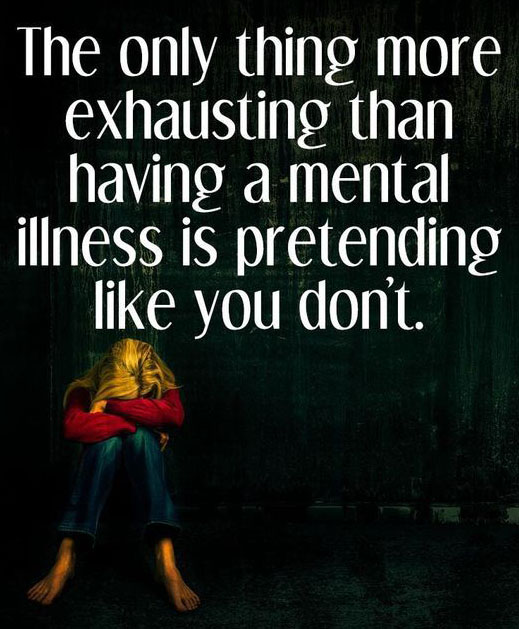 Not that I won’t still have a place in my heart for Prozac.

Before both of those, I researched SAM-E. Knowing it could have mood adjusting properties, I started taking it maybe 10 years ago. It wasn’t because I thought I had depression (which I now know I do), but because it helps with joint pain.

At least, that is what I told myself.

Depression wasn’t interested in me understanding what it was doing in my body. And depression could manipulate me with all kinds of unhelpful thinking styles, that reinforce its dominance in the pack. So, letting me have a small 400mg dose of an over the counter product, was OK if it was for joint aches.

Seeing my last 10 years from here, I now understand that I have been working on my depression for a long time.

Concealing depression was my day job, my bread, and butter. Keeping anything remotely connected to depression from being seen by anyone was a full-time endeavor. And let me tell you, that is exhausting. Having depression and then feeling like you must show everyone you do not have depression becomes an energy-draining routine.

Five years ago, I realized that with my medical insurance I could pay $3 a month for Prozac if I had a doctor prescribe it. I was paying $38 a month for over the counter SAM-E. Now sometimes it would be on sale and I would save $8. The manufacturer at one point had a rewards program where I would go on-line and enter the code from the package.

This resulted in me being sent checks I could apply towards the purchase of SAM-E.

Weighing the time and energy to collect the codes and handle the checks, it made sense to find a Psychiatrist who would prescribe the Prozac. And I did. However, this was right in the middle of a life-altering decision to apply for a position in another state. After two 6 hour drives back for appointments, I found my new GP could write prescriptions for me.

I continued to take 20 mg of Prozac for another year, before asking him how to stop.

READ: How Could I Miss a Dose? – Doing the drugs Part III

My doctor gave me instructions on how to wean my body off the Prozac and I followed them. Things were OK for several years. I had a new position, in a new state. We found a wonderful house on five acres nestled up against the Blue Ridge Mountains, near the Appalachian Trail. A comfortable retirement was in place and I was loved in my new position.

Depression was jealous and decided my life was too good.

So once again, depression reared its ugly head and began laying the groundwork for my fall off the cliff into the abyss. And this, depression decided, was going to be the Mother Of All Abysses. Over the past 43 years, it periodically let me know that it was in charge. And each time, I fought back, until it retreated.

But this does not mean I won or will ever win.

The 328 blog posts that I have written since my hospitalization for MDD attest to that. Every day I am pushing that same rock up the same hill. EVERY DAY! And for a while, 20mg of Prozac made the hill a little less steep, and the rock smaller.

By November of last year, it was taking 40 mg of Prozac to see the hill and rock as smaller.

But then the side effects began. Getting out of bed in the morning became a struggle. Not just an “oh, please, just 5 more minutes” kind of struggle, but a “why even bother getting up” kind of thing. And by February, I had had enough. But this was where I had trouble advocating for myself and I let one comment from my Psychiatrist put me back into concealed depression.

It took three days after our appointment to finally realize what depression was doing, and I made the call to my doctor.

Being honest, I shared exactly what was going on. And we agreed to reduce my dose of Prozac to 30 mg. This, it turns out, did not make a measurable difference after a few weeks. But I plowed ahead anyway, taking it and struggling to get out of bed. My last appointment with my Psychiatrist was a last-minute phone meeting thanks to Covid-19 and the pandemic.

To be honest, this was as I was transitioning to a Psychiatrist that was covered under my insurance.

So, I thought I had canceled the appointment with my “pay out of pocket” Psychiatrist. But maybe I hadn’t. Either way, I answered my cell phone, walked down the hall at work for some measure of privacy, and at the end of the conversation, nothing had changed.

Now I do not blame the Psychiatrist. I was not advocating for myself.

Plus, I knew I had an upcoming appointment in a few weeks with a Psychiatrist that takes my health insurance. So, I was not forceful and forthcoming with my Psychiatrist about the depth of my getting out of bed problem.

The days leading up to my new Psychiatrist’s first visit, I was anxious.

READ: I was nervous this morning

I was also prepared. The office had sent a series of forms to fill out. And I had even written all my questions and concerns, plus a brief history into a blog post which I printed out and took with me. I was prepared to be 100% honest in my answers.

I needed to state what I was feeling, so my depression could be properly treated without the side effects I was having.

By the end of our session, which lasted over an hour, we had formulated a new plan which includes Wellbutrin XL, 150 mg. I am continuing to take the Prozac, with the Wellbutrin for the next 30 days. But we reduced the amount of Prozac to 20 mg. The plan is to take me off the Prozac at our July 9th appointment and possibly increase the Wellbutrin XL. As I sit on the front porch this morning, I am much more rested.

This is day 8 of my new program of medications and the results so far are ever so encouraging.

The brochure for Wellbutrin stated that in 1 to 2 weeks, I may show some improvement in sleep, energy, or appetite. This seems to be the case. Depressed mood and lack of interest may need 4-6 weeks to improve.  Incredibly, I have been able to get out of bed without all the drama I have been creating in my head. Whether this is just me projecting what I want to have happened, or the medicine is really doing it. I don’t care. What I do care about is that so far, it is working.

I will continue monitoring my sleep and depressed mood while I go through the next few weeks.

If I stay on the path of waking up and just getting up, I will be the poster child for Wellbutrin. My change in medication is new and I know 8 days does not mean that every day will be like this. But, every day, in every way, I am now getting stronger and stronger.

So “say hello to my little friend” (Wellbutrin).