You are here: Home / Featured Home / Why Am I Obsessed with Always Being Early? 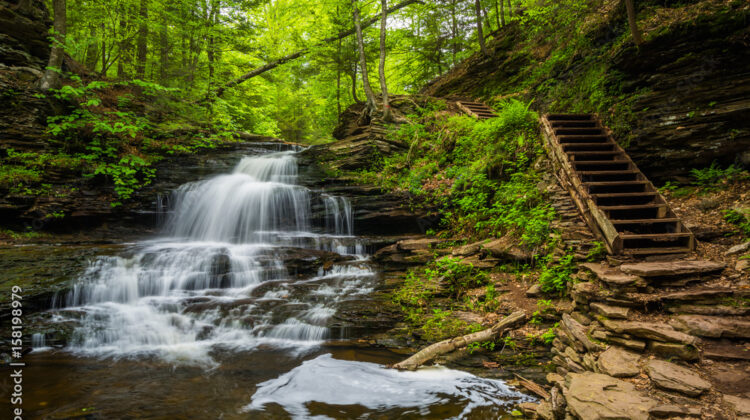 I should have known better than to rush the morning so I could leave on time.

After all, this trip is a mini vacation. But sleeping in until almost 7 AM, I felt like I had a lot to do to leave the house by 10 AM. The trip to the Poconos from our part of Virginia was a 6-hour drive. I still had to push a load of laundry through the dryer, pack my suitcase, grab my computer, my phone charger, and I-Pad that I play solitaire on before going to sleep.

Plus, I had to make sure I had all my medicines, including my 450 mg of Wellbutrin XL that I take daily.

Luckily, I had filled the truck gas tank at work yesterday, so I had only driven about 36 miles before setting out for Pennsylvania. I also packed a sweatshirt, jacket, and boots in case the weather was cooler than it is in Virginia. My golf umbrella was already in the truck cab, along with a wool blanket.

And did I mention I dug out my camera to take along?

I had finished packing and was ready to leave, but I waited until my wife was out of the bathroom to say goodbye. She had rescheduled doctors’ appointments and a sister’s birthday party to attend. With my daughter driving up tomorrow after work, it was just me in the truck as I pulled out.

Despite having almost 14 hours of Mao Sa Tong’s biography to finish, I wanted something different for the trip. Mao, it turns out, is a thug. Or at least he appears that way from the book. And I wanted a break from the purges for this trip.

Back to the trip, I stopped twice in six hours.

Once to pee and once, at the very end of the trip, to get gas. We were able to access the Air BNB at 4 PM, and I understood most of us were going to be there around 4. Even driving almost straight through, I wasn’t able to get to the property until 4:20 PM.

I grew up believing in Lombardi time. If you were on time, you were late. I have been early my entire adult life. And I would rather be early than arrive late. Sometimes, this can be annoying, and today is one of those times. My need to be at the property at the prescribed time was bordering on obsession.

There were things I could have done at the house before leaving.

This compulsion to be there when we agreed to meet was driving me into an obsession with getting there at the correct time. However, I should have known that my siblings can view a set time as a general time frame, not a definite set time.

Knowing that they most likely would not be there at the precise time, I should have felt more relaxed about my travels.

But I didn’t. I stopped once to use the bathroom and went through a drive-through to get a small soft-serve ice cream. As I got nearer to the property, I noticed that I was getting low on gas. This did not dissuade me from my mission of being there on time. Getting off the main highway, I knew I was close, and I could make it without refueling. Yet, I felt bad that I did not try to cut through stopped traffic going towards the interstate, so I could refuel.

Going a few more miles, I found a gas station on the same side of the road, and the price at the pump was considerably less than the gas station next to the highway. So, I stopped and filled up. I could have gone in and used the bathroom, but I was obsessed with arriving on time.

As I was the first one to arrive at the property, thankfully I was able to get my brother on the phone.

He gave me the code to unlock the front door. And it worked. After racing to the bathroom, I assessed the situation. I had arrived within twenty minutes of the agreed-upon time. Yet I was to be alone for almost two hours. After talking by phone with my sister, I got the water going for the pasta she was making for dinner.

And being the first to arrive, I had my choice of bedrooms.

The long weekend was marvelous and my frantic trip to the Poconos was soon a distant memory. Yet being obsessed with being on time cropped up again on Sunday when we had to be out of the property by 11 AM. But that’s another story.