You are here: Home / Depression / Never Again Will You Not Face Your Depression 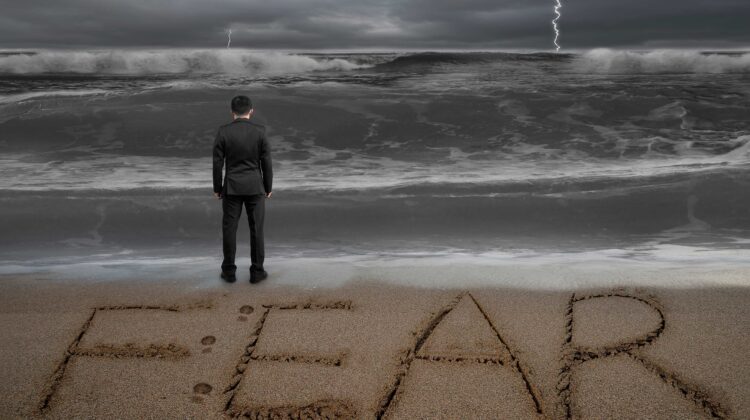 Not facing my depression was a direct slap in the face to Self-Care.

I have written extensively about my struggle with self-care. Finding the balance between “just say no,” and the needs of others can be confusing. Self-care starts with the premise that you must put your oxygen mask on before helping others. I get that, but my generation was not brought up automatically thinking that way.

Worse, those slightly older than me are often of the “Pull yourself up by your bootstraps” mentality.

In fact, 2/3’s of Americans over the age of 65 will not seek help for depression. What a sobering statistic. I can relate to that way of thinking. After all, I’m the guy who concealed my depression for over 43 years. Here’s the headline that got my attention.

I can relate to that. If I had found a way to hide my latest encounter with major depressive disorder, you would not be reading this.

In fact, nearly one in three (33 percent) seniors who are concerned they might be suffering from depression believe they can “snap out” of it on their own.

The same adults that believe this would never say to someone with a compound facture to just “walk it off.”

I grew up in an era where there was a stigma attached to depression. In polite society, you never talked about it. I had an uncle who had “nerves,” not severe depression. To openly say the words depression or mental illness was just not done. And to share your own story was a brazen act. People would slowly edge away and disappear rather than be associated with someone who was open about their illness.

All this secrecy plays right into depression’s hand.

For me personally, it’s still about “WHAT WILL THEY SAY?” Now it is true that I do not know who THEY are. Yet my depression is keeping me from talking about it. Depression has me convinced that it has the answers. Only depression can protect me from being scorned and ridiculed by others.

Depression makes that objective clear. Everyone will like you if you just say and do what they want. Self-care is over-rated, and you must be ready to give up everything for others.

If I can take care of myself, then I will have the energy to help others. And even when I can only help myself get through the day; self-care puts me more in control. Changing my attitude towards the circumstances pushes me even further into the driver’s seat.

And once there, I can think about others, as I have first taken steps to make sure I am OK.

The article headline got my attention this morning. I often think about what “they will say.” And I am working on not caring. There are times where I act without a care in the world of how others will perceive it. And then there are times when I have trouble picking out a shirt because it may not “match the pants,” leaving me open to what they might say.

Facing my depression took most of my life to accomplish.

First, I had to see that I had depression. It is hard to change something if you do not recognize you have it. Even as I began to see a pattern, it was easier to ignore the obvious and sweep the remnants of each depressive episode under the rug. Even if I thought I had depression, I knew that I could not say I had depression.

To many people count on me.

They expect me to be perfect and be their rock. Or at least that is what depression, and I came up with. But I still had not put a face to depression, so I assumed that I came up with this posture all by myself. So late at night, alone, I might consider my relationship with depression. But I still was not saying the word depression or feeling I needed to take drastic action.

I just needed to “snap out of it.”

Well 17 months ago, I did snap out of it. I snapped out of 43 years of not facing depression. Of not saying its name or acknowledging its’ existence in my life. What a difference that has made in my life. In fact, now I have a life. As I learn new tools, I am living a balanced life with depression.

But those I love have paid dearly for me not doing this sooner.