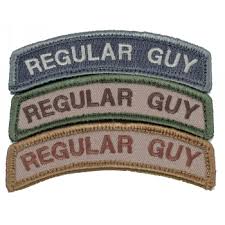 What a wonderful day today was.

It was an ordinary day in every respect. A little grocery shopping, a visit to my Mom’s, some alone time to write, and then an evening out with the family.

Ok, so the evening out was to see Trevor Noah doing his comedy live on stage.

But even that felt normal. In the past 20 years, we have gone to many live events. When we lived in New Jersey, I was a supporter of the Count Basie Theater in Redbank. We would go to live events three or four times a year. So, going out to a live performance for the first time in several years brought back pleasant memories.

My attitude about the day was “I’m just a guy doing everyday things. “

What a wonderful experience. It has been a long time since I had a day where I felt like me. And it has been hard to see, lately, that there would be days like this. Right after getting out of the hospital, I thought I would never fly again. Heck, I even thought that if I turned on the radio in the truck while I was driving, I would return home to some disaster, like the house had burned down.

Back then, envisioning a day like today was not possible.

Seeing forward to the end of the day was a struggle. And every time I had a bad day, I was sure it was me circling the drain, staring at the abyss. There was no way it was just an off day, it had to be the beginning of the end. It just had to be. I mean, I have depression, so it must mean that this one-off day will lead to a second further off day, leading to catastrophizing, sensationalizing, and maximizing the negative.

What a mouthful of dung.

Depression was trying it’s best to hold me captive, to keep me from seeing that there was another way to live. It had gotten cozy with me, and me with it. We had a thing going. And the last thing depression wanted was for me to re-think our relationship. How could I possibly think that anything but depression’s sneaky, secretive ideas was good for me?

Breaking up with depression was hard to do.

But that is what led me to yesterday and my wonderful, normal day.  And the chance to see historically, what it is like to have depression, but making sure depression does not have me, has given me a completely new way to look at life.

I don’t time travel as much these days, rather I live in the present.

READ MORE: I didn’t time travel this past weekend

What a magnificent world we live in. And I had forgotten or had purposely not faced the present and reveled in its awesomeness. I was too busy mind-reading, planning out what was going to happen. I thought about why I would or would not do something, and then drew my conclusions. And off I would go with the scenario I had made up.

The scary part is I would never ask people if this was true.

I would assume that it was true and would never ask. Then when it wasn’t true, I would be surprised. And depression would never be around at that moment for me to ask it what happened. That’s one of the most curious peculiarities about the disease of depression. When you don’t need it, it is all in your face. When you want to ask it a question, it is nowhere to be found.

So, to have a day where I just felt like myself has been a real treat.

And to have worked with the tools I am learning; I have a clearer picture of what my relationship with depression will be for the rest of my life. And that no longer scares me.

For 43+ years, every time depression would throw me under the bus, I would as quickly as possible clean up it’s mess. I would sweep whatever I could not throw away under the rug. And then, I would pretend that it never happened. There was no critique, no post game discussion. It was over, period.

I was darn glad I had survived that episode and could figure out a way to get moving against, so let’s forget about it.

I would know that incident really hurt. Knowing how painful it was, and how it hurt me, why would I want to relive that? It was hurting others and I couldn’t even see that. Depression made me see my biggest support as the enemy. What a messed-up thing to do.

Now that I have stepped back from depression and now keep it out in the open, it doesn’t like me as much. It’s mad at me, but it loves me more, in a sick, perverse way, because it is desperately trying to win me back.

Calling its name [DEPRESSION] and acknowledging I have it is very new for me.

I am constantly seeing how depression is trying to trick me.

How depression is shooting unhelpful thinking styles at me. Depression loves it when I start catastrophizing situations. It is almost giddy with excitement as I shut down and withdraw from the moment, from life. It is then it’s knows it has me.

Depression loves it when I don’t feel like myself.

That is when depression can start to get the upper hand. Before I said to the world, “I have depression, depression does not have me,” depression could whisper just about anything and I would go “OK.” I very rarely challenged its ideas but would instead begin to internalize them and make depression’s ideas my own.

From there, depression would have me keep secrets.

There was no need for anyone else to know about this plan, they wouldn’t be able to understand. Their points of view would not be true, and I was better off keeping it between myself and depression. And to think, for over 43 years, I thought this was how a life was lived. Now that I know better, I am so eternally grateful for a day like yesterday.

Having been diagnosed with major depressive disorder turned out not to be a death sentence, but rather a new lease on life.

The past nine months have been hard. But with each step, my new life is unfolding and living a balanced life is something I see as possible. This is an immense step forward for me and those around me. My behavior, my actions were never in a vacuum. Knowing this, I could easily “should” all over myself.”

“Shoulding on myself” is a waste of energy.

READ MORE: I promise not to should on myself today

I’m so glad I can feel like a regular guy.